GET YOUR 2 WEEK FREE TRIAL HERE

The recent rise in food documentaries has found me defending more than ever the idea of moderation and variety in one’s diet. And the Game Changers on Netflix is no exception.

Granted, there has and always will be, a small percentage of people that prefer to follow a specific diet mainly due to religious, ethical or medical reasons – and as a dietitian, I am trained and more than happy to work with these clients to ensure they are getting the best possible nutrition advice.

But something is changing, the number of clients I see wanting to adopt extreme diets is increasing, not because they have changed their religious or ethical beliefs, but mainly due to food documentaries they saw on TV.

Herein lies the problem… many of these documentaries paint a very one-sided picture with the ultimate aim to push an agenda and convert people to their way of eating. There is one particular food documentary doing the rounds at the moment that I have a profound issue with ‘The Game Changers’.

My issue is not that The Game Changers promotes the consumption of more plant-based foods, nor is it against those people that wish to adopt a vegan/vegetarian diet (that is totally your right and choice). My issue is the confusing and misleading way the presenters of the documentary suggest that their way is the ONLY way to be healthy and that EVERYONE should be eating like them. My problem is with the scaremongering tactics used to emotionally influence viewers and the ‘cherry-picking’ of studies to boost their agenda.

‘The Game Changers’ is a documentary that follows the personal journey of a former MMA fighter, James Wilks as he switches from a diet that included animal products to one that doesn’t. Along the way you are bombarded with ‘facts and studies’ that apparently prove animal products are no good for you and we should all be eating a plant-based diet.

DISCLAIMER – before I get comments about me being anti-vegan or anti-vegetarian, I want to state that I have absolutely no problem if people choose to follow these diets. You should be able to make your own decisions about your food choices. But you should at least know the full picture before making those decisions. The Game Changers and other similar one-sided food documentaries fail to provide viewers with all the information in order to make an informed decision.

Using ‘The Game Changers’ as an example I would like to bring to your attention some of the problems with one-sided food documentaries.

The Game Changers (Netflix): What They Got Right

Firstly let’s look at the positives of this documentary. The main argument that I and many other health professionals would agree on is that we should be eating more fruit and vegetables.

In this country, we are definitely behind the eight ball with our fruit and vegetable intake.

Plus, there IS plenty of evidence that supports a diet high in fruit and vegetables can improve health.

However, to then take such a leap to present the argument that you need to cut out ALL animal products and adopt a vegan/vegetarian diet for ultimate health and improve athletic performance, is a leap too far, no matter how much they try to scare you.

The Game Changers (Netflix): What They Got Wrong

Let’s put on our scientific caps as I explain two areas this documentary fails to present the full picture, preventing you from actually becoming a fully informed viewer.

At first glance, the documentary comes across very scientific as it quotes study after study to strengthen its agenda. However, it’s the quality of evidence that is troublesome.

Just because something has a ‘study’ behind it does not automatically mean it is correct. There are levels of evidence we give more strength to. Lower evidence studies are those that are non-analytic/opinion-based – opinion is NOT good science. Higher evidence studies include systematic reviews of properly conducted randomised controlled trials. These are considered the gold standard.

One ‘study’ that is quoted early in the Game Changers by James Wilks in favour of a plant-based diet was on Roman Gladiators – that most Gladiators ate a plant-based diet which increased their strontium levels allowing for strong bones. However, on a closer look, this ‘study’ is not a study at all, it is a narrative, magazine article (low evidence) in a publication of the Archaeological Institute of America. I found the article and what James failed to mention is that the REASON these Gladiators ate a large amount of vegetables and grains was for fattening up, NOT to increase bone strength. The article itself even says that they didn’t exclude animal protein altogether.

‘They turned up some surprising results. Compared to the average inhabitant of Ephesus, gladiators ate more plants and very little animal protein. The vegetarian diet had nothing to do with poverty or animal rights. Gladiators, it seems, were fat. Consuming a lot of simple carbohydrates, such as barley, and legumes, like beans, was designed for survival in the arena’. (1)

When you think about it, it makes sense why these Gladiators would use carbs to ‘fatten up’. It is easier to eat more calories that come from carbohydrates as they have a lower satiety level (ie are less filling) compared to animal proteins. The Gladiators back then would have found it hard fattening up on a high protein diet. So, they weren’t necessarily vegan or vegetarian at all, they just ate a shit load of carbohydrates.

The suggestion is that Gladiators were found to have high bone mineral density because they ate a large amount of vegetables in their diet NOT because they ONLY consumed vegetables, there is a big difference. I imagine the high level of training undertaken by a Gladiator would also have been a contributing factor in developing high bone mineral density. But none of these points were raised in the documentary.

This type of reporting is called ‘cherry-picking’ and very common in pseudoscience. Pseudoscience occurs when you have an opinion and look for evidence to back up these opinions, regardless of other evidence. This is NOT science. Science looks at all data and information, then this data is critically analysed, discussed and scrutinised until a consensus within the scientific community is found. One study is not the answer, especially if aspects of that study are cherry-picked to suit opinion.

Science is objective, and for many, studies even go on to explain where the evidence may be lacking and suggest future recommendations on how the same study may be improved.

Another prime example of misrepresenting evidence is when Wilks references a small sample-sized study to draw large generalisations. He makes the claim that cow’s milk can increase estrogen and lower testosterone in men. The study he references was published in 2010 in the journal Paediatrics International. This study found that of 18 people (7 men, 6 children and 5 women) testosterone SECRETION (not overall testosterone), was reduced TEMPORARILY (2). That means his above statement was based on a study that looked at 7 men. This is not considered a large enough study to make such claims, yet when presented with scientific statements followed by flashes of references and papers, the viewer understandably believes what they are told.

Many food documentaries are rife with ‘Anecdotal’ evidence. This is the type of evidence presented as fact – where a person (usually famous) changes their diet and their health improves as a result. While a change in diet MAY have contributed to the overall improvement, it is NOT the only thing that contributed. Diet plays a small role in one’s overall health, just like stress, sleep, physical activity and genetics. But ‘The Game Changers’ wants you to believe that the numerous athletes they present in their documentary all improved their performance by switching to a plant-based diet. But alas, these athlete success stories are nothing but anecdotes. You can’t draw solid conclusions from this type of ‘evidence’. What MAY have helped one person DOES NOT = EVERYONE!

Also, I find myself asking, could these athletes have achieved similar improvement in performance with just an overall increase in vegetables? Did they have to adopt a totally plant-based diet? What about all the other elite, gold medal, world record athletes that do eat meat? There are many unanswered questions when you use anecdotal evidence as a foundation for argument. It doesn’t make good science.

What is even more troubling, is that nowhere in ‘The Game Changers’ are the counter-arguments highlighted. The array of studies that dis-prove much of the evidence presented is not even mentioned. It’s easy to see why athletes and the general public get influenced by these types of food documentaries. They are based around emotion and misrepresentation. They are jam-packed with pseudoscience and to the untrained eye, very convincing.

One last thing before I wrap up. I think it is always important to search for any bias when it comes to one-sided reporting. Yes, there is bias in science – pharmaceutical companies and food companies are often a source of monetary funding into studies. But this doesn’t automatically mean the findings are wrong. It just means that the reader has been made aware of the possibility of bias. It is then up to the critical thinking skills of the reader whether to trust the findings of the study or perhaps delve a little further in order to arrive at a satisfactory conclusion. But even in most studies that exhibit the possibility of bias, they are forthcoming to tell you. ‘The Game Changers’ is riddled with bias, but do you think anyone tells the viewer? Of course not.

They are more than happy to tell us about the bias in studies that are funded by the Big Meat Industry, however, isn’t one of the studies championed in the documentary looking at Avocado vs Hamburger meat, supported by the Haas Avocado Board? I guess they missed that nugget of possible bias.

Other potential bias in the documentary starts with the producer James Cameron. In addition to being a kick-arse filmmaker, he is also CEO of Verdant Foods, an organic pea-protein company that has joined forces with Ingredion (a global ingredients company) with the aim to accelerate the plant-based protein market. So I guess financially, it’s in James Cameron’s best interest that he produces a documentary that highly favours plant-based foods.

There are many other issues and examples I could talk about where one-sided food documentaries fail, but I think you get the idea.

I didn’t write this piece to hero meat or to discredit vegan/vegetarian diets. I wrote it to educate and inform you about the importance of being critical thinkers. Too often we accept information as fact without question. It’s important that we know how to critically assess the information we are being fed.

You may be thinking ‘but I didn’t go to university, how would I know how to critically pull apart a documentary?’. You don’t have to, the mere fact that there was not one person offering a counter-argument in The Game Changers should be a red flag. We need to acknowledge when we are presented with pseudoscience and call it for what is… bad science. We need to start demanding the full picture, not just a cherry-picked version of someone’s opinion.

Most importantly, we need to stop thinking of food as black and white, good and bad, plant-based is healthy, meat will kill you. This dichotomous way of thinking is unhelpful and not healthy. The majority of us could do with eating more plant-based foods, but this does not have to be at the expense of cutting out all animal products. 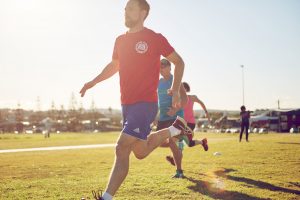 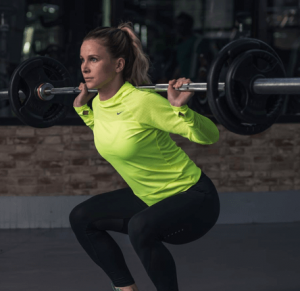 Weight loss is a common goal for many people in Newcastle NSW. Whether it be for health reasons, your confidence or general wellbeing, weight loss 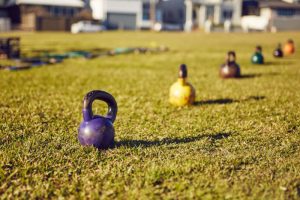 Fitness for Schools in Newcastle

Fitness programs for schools We offer fitness for schools private group training sessions relevant to junior sport outside of our normal timetable. Our strength and 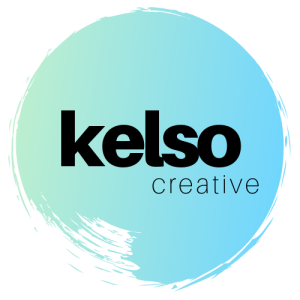